To summarise findings from histopathological specimens processed within the first seven years of the BCS programme in NI.

Four histopathology laboratories report on BCS specimens in NI. A dedicated polyp-level database has been completed by reporting pathologists since inception.

Over seven years, 17,159 histopathological specimens were processed from 5,595 individuals. Of these, 554 individuals (9.9%) received a colorectal cancer diagnosis. Excluding cancer cases, 4,119 individuals (73.6% of total 5,595) received a diagnosis of at least one adenoma, as summarised in Table 1. 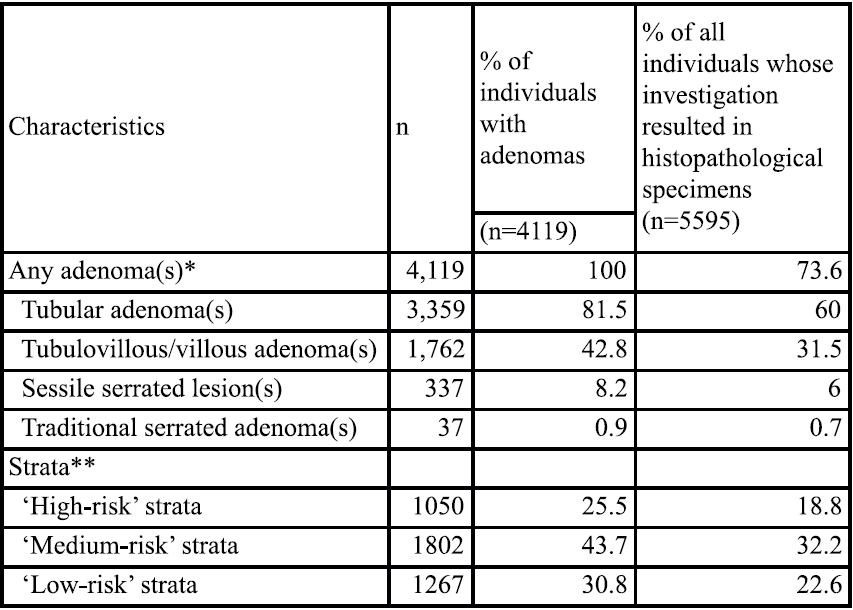 More than 4,000 individuals have benefitted from adenoma removal, and thereby reduced cancer risk, in the first seven years of BCS screening in NI.

There are no up-coming events.

Members of the USGE may login below to access the full site.

Selected Abstracts from our Database

Metformin use and survival after colorectal cancer: A population-based cohort study

Web Design By We Are Wibble